The LGBT Bingo history begins in October 1980, when the Sisters, with just one year experience, decided to take over the tradition of Charity Bingo in American Churches. During this first event, Sisters were gathered on Cuban gay refugees. That Bingo was a moderate success, the Order of the Sisters of Perpetual Indulgence was not widely known yet. But since this event, the idea of Bingo in the LGBT community has begun to spread. Nowadays we have regular Bingo in many cities, organized by various queer environments. In Poznan, regularly organized in Punto.

To remind the roots, on the 40th anniversary of the Order, Sisters invite you to a special edition, which will be, like the first one, a charity event. We will collect for the Salient Rainbow Foundation – an LGBT organization among the Deaf people. They support the HIV testing project and other STIs for Deaf people. Take your coins, coupons will be available for donations.

Bingo will be hosted by the Sisters from the Berlin’s House – Sister Daphne, Sister Suzette, and Sister Mary Read from the Poznań’s mission. We also would see postulants from Warsaw Jeannine Brahm and Venus Anus. 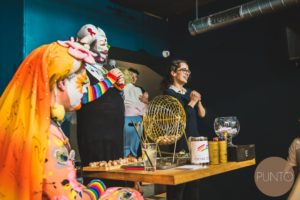 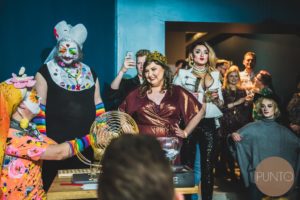 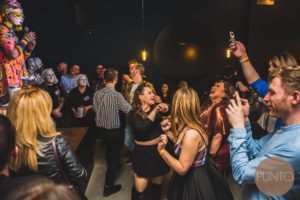